Prof. Papalopolopolis is back, and taking your questions! 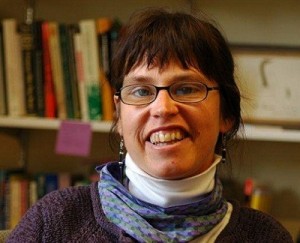 “Why are Hollywood people so willfully stupid? Sometimes I just feel like… Well, I don’t want to say it, but I get really mad. Especially at the people who patronize their stupid movies.”

The Professor Weighs In:

Yes James,  the willful stupidity of people in Hollywood is truly an amazing phenomenon and equally infuriating. But maybe it’s always been like this: creative people being overly emotional, fawning over each other and giving each other awards, earning ridiculous amounts of money for very little work and having a warped sense of superiority that only the shallowness of fame can bring.

The key thing here is that so many of them are self-loathing from the guilt of truly knowing their worth is nothing in comparison to how the public perceives them. Hence, their leftist extremism to alleviate it, and the leftist group-think that assuages their insecurity to have any serious opinion of their own. These are the same types of people who get behind a theory that global warming is caused by racism! Can you imagine? Talk about your creative types!

Their terrible conflict — and resulting shallowness — is why their marriages don’t last, and their children wind up in trouble with the law or dead from drug overdoses. Or, in some cases, are called ‘pigs’ by their parents. (Remember that terrible recorded message Alec Baldwin left his daughter, and his daughter made public?)  So hang in there, and realize you’re not alone in your feelings. And don’t do anything I wouldn’t do!

By the way, did people in school drive you crazy by always saying, ‘Home, James?’ You know — ‘James’ was always the name of the chauffeur in old movies. Like ‘Jeeves’ was always the butler’s name. Well,  maybe not.

Next question. I have time for one more.

“I recently had a fundraiser for Barack Obama at my house, but from the reaction I’m getting, I’m now confused. Is he really a fascist, bent on destroying American as we know it? And did I make an ass of myself by so blindly supporting him?”

The Professor Weighs In:

Marissa, what planet have you been on? Yoo-hoo!

The answers are ‘yes,’ and ‘yes!’ You actually needed to ask me this?!

The only justice is you probably had to incur the expense of feeding his wife and you also have the memory etched in your brain of watching her eat.

I hope she used the toilet in your master bedroom and had loose stool!

Sorry for my temper, but I have little patience for women who reinforce the old prejudice that females should not be allowed to vote.

On a final note, I just want everybody to know, that despite it being several weeks since I’ve appeared here, I still cannot find that purple sticky-note all of you know I’ve been looking for.  If one of you has it, I’d really appreciate your giving it back to me. I promise: no questions asked.

See you next time, everybody!

(Though you’d never know it from all these posts…) 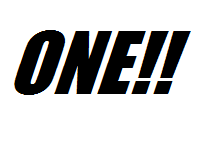