Another success story from the Secretary of Inebriation, Hillary Clinton. 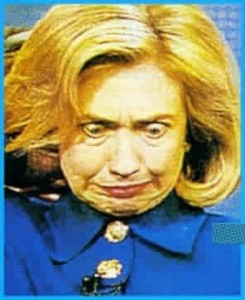 Why so surpised, Hillary? How thick do you have to be to not know this is what happens when you put radicals in power?

The following are but some of the newly enacted laws in Egypt under its recently installed Islamic government, the existence of which was facilitated by Barack Obama and Hillary Clinton:

1: ‘Farewell intercourse law’ so husbands can have sex with dead wives up to six hours after their death

2: The minimum age of marriage is now lowered to 14

3: Woman no longer have the right to be educated

4: Women no longer have the right to employment

“But I like that first law. Let’s face it, if they’re dead, it lessens the need for those Egyptian women to have to pay for birth control at their own expense.  Plus, there’s no pressure to show anyone a good time.” 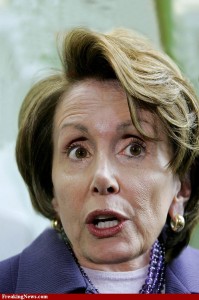 – Nancy Pelosi, Member of Congress, United States of America and former Speaker of the House (the U.S. version of Austrailan House Speaker Peter Slipper, though involved in more scandals).