If you remember earlier this year, Brad Pitt went on a PR visit to the White House to meet with Barack Obama.  But there was a recording secretly made of a meeting that occurred with Vice President Biden, and The Fine Report has obtained it. 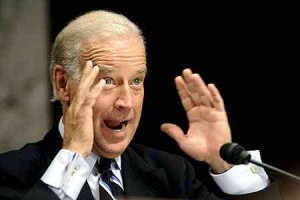 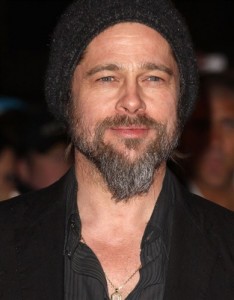 Biden: God love ya! Stand up and take a bow.

Pitt: I am standing.

Biden: What can I do for ya, young fella?

Pitt: I wanted to talk about low-income housing in the United States. I think it’s terrible.

Biden: I know – who the hell would want to live in one of those dumps. Why people do, I’ll never understand.

Pitt: I always heard it was because they can’t afford it.

Biden: I don’t know, it’s never really been explained to me.

Pitt: Say, I don’t know if you know this, but I have a passion for architecture.

Biden: So, you’re an architect?

Biden: So what’s with the architecture thing?

Pitt: I want to help rebuild areas of New Orleans.

Biden: Did you ever hear of HUD?

Pitt: Yeah, that Paul Newman movie. I was thinking of doing a remake.

Pitt: An actor. Say, why are we exporting so much of our GDP to support this dependency on oil? Why are we polluting the environment? It just makes no sense to me anymore.

Biden: You gotta be kidding me.

Biden:  For one, your buddy Barack killed all oil exploration in the U.S. So we’re more dependent on foreign oil than ever. And who says we’re polluting the environment? Our factories are the cleanest in the world. Go talk to the China and India – they’re the only  giant economies in the world with absolutely no pollution controls. Man, you really must be an actor.

Pitt: You sure about this stuff?

Biden: Charlie, lemme give you a tip: just shut up and look pretty. Let your wife do the talking.

A scuffle has ensued between Pitt and Biden. The closest Secret Service nearby got up, zipped up his pants, and came between them. Cooler heads prevailed, and Biden and Pitt let by gones be by gones.

Biden: So what’d you think about meeting Barack?

Pitt: It was kinda awkward at first – you know, I don’t want to impose on a busy man.

Biden: Busy? He doesn’t do anything!

Pitt: Yeah, I noticed. Still, people were standing around him, were telling him what to do. I just looked around watching him check ‘yes/no’ boxes on forms. The rest of the time I just stared out the window.

Biden: Did you meet his wife?

Pitt: His wife? Was she there?

Biden: She was the only woman in the room.

Pitt: You mean –- that fat woman with the bad clothes?

Pitt: Damn. I thought she was with the cleaning crew.

Biden: Did you express any of your important concerns to the president?

Pitt: Well, for one thing, I was wondering if he finally stopped smoking.

Biden: Nah, he smokes like a chimney. So do I. You want a cigarette?

Biden: Yeah, I heard you had a problem with the hard stuff.

Pitt: I got really sick of myself at the end of the 1990s. I was hiding out from the celebrity thing. I was laying on the couch smoking dope – among doing other things. I used to deal with my depression — that was last decade. This decade, I’m dealing with my stupidity. But I’m an Obama supporter, no question. It doesn’t mean there’s nothing to learn from the other side.” (Long pause)  What is the other side?… Mr. Biden? Mr. Biden?…

(Biden wakes up from having dozed off.)

Biden: Huh? — Sorry – did you want a cigarette?

Pitt: No thanks. You know, as for religion, I grew up very religious. But I don’t have a great relationship with religion. I oscillate between agnosticism and atheism.  To be honest, I keep forgetting which is which, so I keep having to ask my publicist. (Pitt laughs, shaking his head.) I do a lot oscillating… Mr. Biden? Mr. Biden?….

(Biden wakes up from dozing off again.)

Biden: Huh? — Sorry – did you want a cigarette?

Pitt: Yeah, what the hell. You got a light, too? (He looks around.) You know, it smells a lot better in there than it did in Obama’s office. You know… I didn’t want to say anything.

Pitt: No, we weren’t married, must living togther. We’re not together now. I’m with a new woman. Angelina.

Biden: Nice name. But reminds me of the daugher of that right-wing actor Jon Voight:  dopey tattoos, a crazy lesbianism — and not to mention what I hear about her spreading her legs for half of Hollywood and Washington DC. A real slut, if you know what I mean. Talk about that actress taking a bow:  Whoo-woo!

Pitt: You’re talking about my wife goddamn it!

Before Biden can say anymore, Pitt jumps on him and another fight ensues.  The same Secret Service man as last time jumps up, zips up his pants and rushes over to break up the melee. Pitt is finally escorted out of the building.