DO NOT BUY ANYTHING FROM AMAZON.COM UNTIL THEY REVERSE THIS DECISION

While the secondary boycott of Rush Limbaugh has been only marginally effective, Color of Change has had more success getting major companies to drop their participation in the American Legislative Exchange Counsel (ALEC) by falsely tying ALEC’s support of “stand your ground” laws to the Trayvon Marin shooting, and falsely characterizing voter i.d. laws as racist.

It’s a complete stick up.

Via Michelle Malkin, Amazon.com is the latest company to cave in to pressure:

I received the following statement from Amazon.com today regarding its decision not to renew its membership with the American Legislative Exchange Council:

Thanks for reaching out to me. Each year we evaluate all of our association memberships and we’ve decided not to renew our participation in ALEC, in part because of positions that group took on issues unrelated to our business.

In other words: They caved. They chose to appease marginal agitators who have capitalized on the Trayvon Martin case to squelch conservatives’ participation in the legislative process.

I told you last month that State Farm and Johnson & Johnson are their next targets. AT&T is also on that list.

If you don’t speak up, they’ll cave, too.

Before you pull your dollars from Amazon, I suggest using your customer clout to pressure Amazon to reverse course. These companies need to hear from customers and investors that suppressing conservative political participation is not good for their business. Stand your ground.

The announcement was made during Amazon.com’s annual shareholders meeting in Seattle, as the hue and cry against the organization, known as ALEC, and the corporations that support it continues to rise. Outside the meeting at the Seattle Art Museum, more than 100 protesters hoisted signs and clogged the entrance. Inside, Amazon executives and lawyers took questions from shareholders, including some asking about the company’s membership in ALEC.

“This year, we’ve decided not to renew with ALEC, and it’s because of positions they’ve taken not related to our business,” Michelle Wilson, an Amazon attorney, told about 200 shareholders at the meeting, according to reports. Mary Osako, a spokeswoman for Amazon, later added: “Each year we evaluate all of our association memberships, and we decided not to renew our…

“Wait — so you’re saying that supporting communists is a bad thing?” 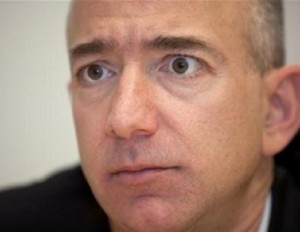 *Our apologies to Bozo The Clown.

“Thanks. Don’t want to be compared to that clown!” 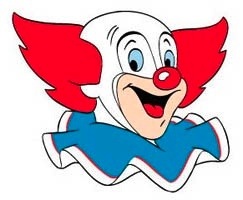