“I hopes y’all has da vision to votes for me as V.P., and forgets all dat crooked stuff and  lyin’ I did in da past. God bless da America we is trying to create! I will gets da people workin again! We got a lot of dem chil’ren who don’t know what work means. Dey think work is a four-letter word! But take for instance, dat Mahatma Gandhi — he ran a gas station down in St. Louis — and den he became da great leader in da 20th century! So if you puts me in da White House, we is gonna take things away from you all on behalf of da common good! — Because, we is da president!” 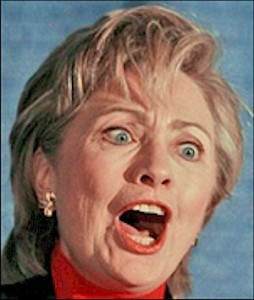 -The insane Hillary Clinton, without alcohol to put her in ‘smiling idiot’ mode.

(NO JOKE: The above dialogue was culled near-verbatim from statements made by Hillary Clinton)

Hearing of all this, de facto Secretary of State Huma Abedin jumps into action: 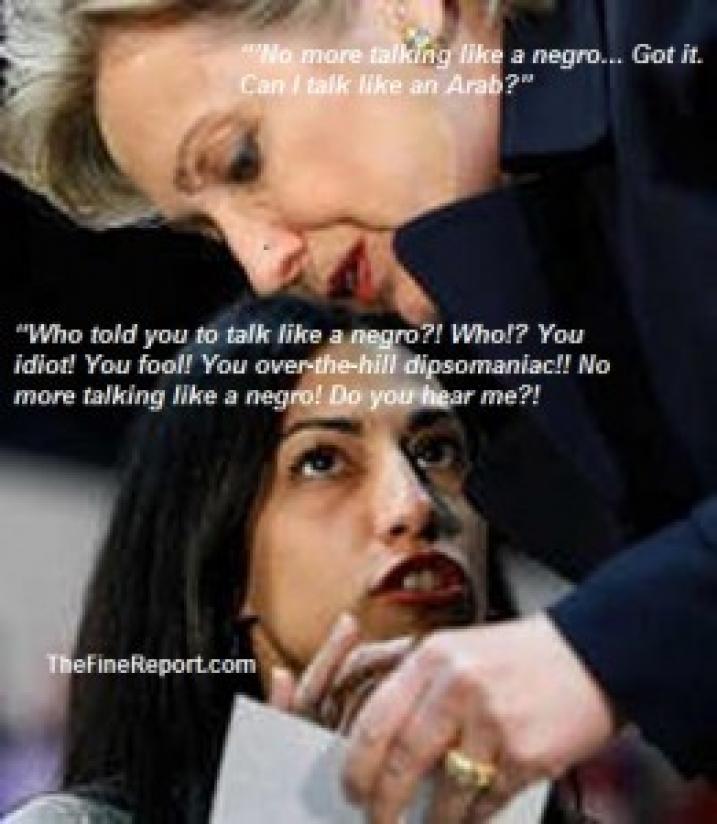