An idiot because she was raised to be one:

Michelle Obama: ‘Building Our Economy Starts With the Restaurants’ 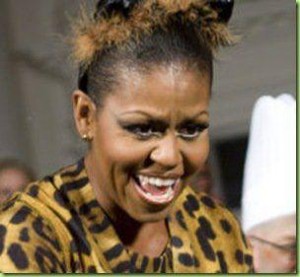 An idiot because he chooses to be one:

“You know, maybe funding Obama’s attack on religious freedom is a good idea!” 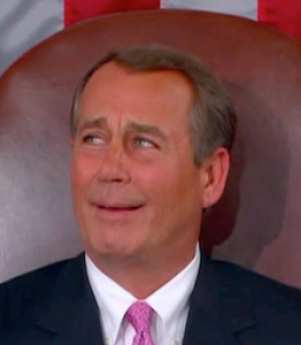 Then there is the master of all idiots: 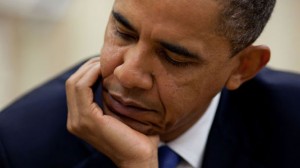 “This is what we think of The Fine Report!” 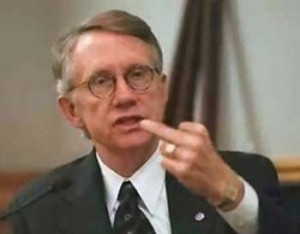 And this is what The Fine Report thinks of Harry Reid:

The Fine Report: “Reid, your net salary as Senator for the past 10 years has been about one hundred thousand dollars, correct?”

The Fine Report: “Then how is it possible that your net worth is $10 million dollars — an amount equal to the personal vacation expenses of Michelle Obama paid by taxpayers in 3 years in the White House? And when is Obama going to release his college records? And how come no one remembers him at Columbia? And how did he ever get into Harvard?  And how did he get to head the Harvard Law Review without ever writing a single law article during school? And how come he never wrote a single word during the time he headed it? And how did he magically write two bestselling books when he couldn’t write a cohesive sentence at any time prior to those books magically appearing? And how come he appointed communists and Maoists to his cabinet? And how come — … Harry?… Harry, come back – we’re not done… Harry!…” 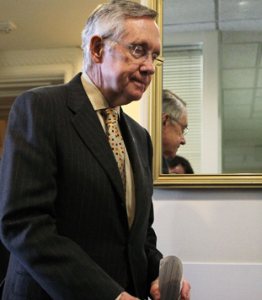 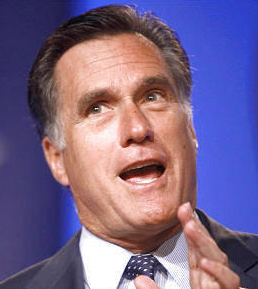 “It’s called ‘having a pair balls — and using them at all times.'” 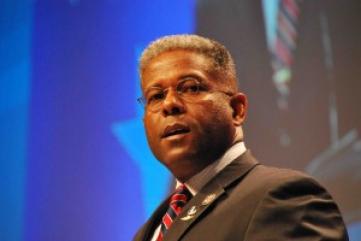 That is a very interesting concept.” 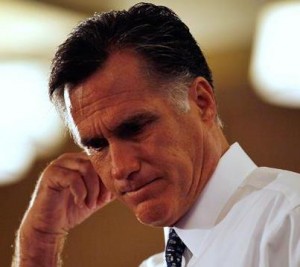 “You’ll see — I’ll make those Democrats and the corrupt Democrat media like me — or my name isn’t Sheldon Abramowitz.”