The prognosis is dire and that Chavez  is now not expected to live “more than a couple of months at most,”  particularly after intestinal complications resulting from buying Michelle Obama’s new cookbook and trying one of the recipes.

Chavez is running for re-election in Venezuela but several sources, including the one who revealed  the exact kind of cancer have said they believe it is doubtful the dictator will survive this severe form of ‘national health care destroyed-ass’ syndrome long enough to see the election results, or ever cook another Michelle Obama recipe while he is alive. He is said to have put the book for sale on ebay, offering free shipping and a month supply of Gas-X.

“To TheFineReport, who said I would never remember them in my will:   I leave them this hat.” 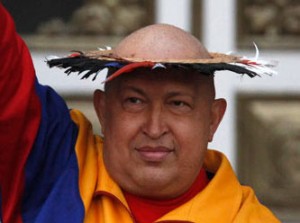 Chavez, shown with an earlier tumor: 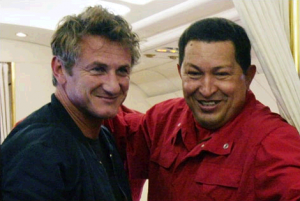