NOW can you undersand what is happening inside our military, and why the suicide rate among our soldiers has risen to epidemic numbers?

Could you ever imagine something this dangerous and this bizarre ever happening in a Romney-Ryan administration?

NAPOLITANO’S  DEPT. OF HOMEGIRL SECURITY IS FALLING APART AS THE SEXUAL HARASSMENT CLAIMS AND THE SCOPE OF THE PROBE (NO PUN INTENDED) INTO HER DEPT. WIDENS: 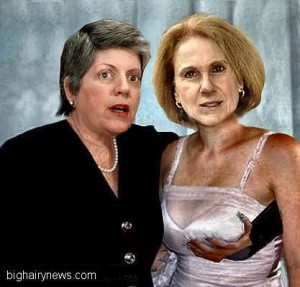 -Hiring and promotion discrimination against, and hostile work environment towards male employees

-Lewd conduct inside the agency

-Schriro hired solely because of her ‘personal relationship’ with Napolitano — she had no law enforcement experience, and was not qualified for her high position (Sounds like Michelle Obama’s no-show job at $300,000+ per year as a ‘hospital administrator’ back in Chicago, doesn’t it?)

Meet Suzanne Barr, (no relation to Rosanne Barr, but apparently just as crude) Chief of Staff at the Immigration and Customs Enforcement agency. She’s on ‘leave’ right now. 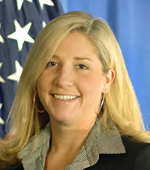 “Hey girls, you want oral sex? DHS can and will provide it, along with a bourbon! We called it the ‘Napolitano Doubleshot’ “

Meet Dora Schriro. She used to work at the Department of Homeland Security under Janet Napolitano. She currently oversees prisons in Michael Bloomberg’s New York.

“I @#$%’ed Janet Napolitano, and all I got was this lousy job — paying hundreds of thousands of dollars per year — doing something I’m not qualified to do! (Though I did get a lot of limo rides from Bloomberg.)”

Both Barr and Schriro are named offenders in the growing sex scandal within Napolitano’s Department of Homeland Security. DHS has gone from angrily denying that it has a sex scandal, to putting government workers on “voluntary” leave.

The top Homeland Security official accused of cultivating a “frat-house”-style work environment has “voluntarily placed herself on leave” amid an internal review, the department told FoxNews.com late Tuesday evening — just hours after FoxNews.com contacted the agency about new allegations against her.

The official, Suzanne Barr, is chief of staff for Immigration and Customs Enforcement.

The affidavits were given as part of a discrimination and retaliation suit filed earlier this year by James T. Hayes Jr., the head of the New York office for Immigration and Customs Enforcement.

Dora Schriro was allegedly hired and promoted because of her personal relationship with the DHS secretary.

While Napolitano is named as the sole defendant, Hayes’ suit focuses on Barr and Dora Schriro, who joined DHS in February 2009, five months after Hayes was promoted to director of ICE Detention and Removal Operations.

Hayes claims Schriro, who was brought on as a special adviser to Napolitano, was not qualified for the job because she lacked law enforcement experience. Hayes maintained Schriro enjoyed a “long-standing relationship” with Napolitano, and soon pushed him aside “because of this relationship (with Napolitano) and because he was not female,” the suit says.

A look at Schriro’s official bio shows that she does indeed have no real law enforcement experience. She has headed prison systems, and done her best, again according to her own bio, to benefit unions.

She has also co-led sentencing seminars at the law schools of St. Louis University and Arizona State University, spearheaded passage of the nation’s first Restorative Justice legislation and established offices of crime victim services and labor relations in the State correctional systems in Missouri and Arizona. Her efforts on behalf of the workforce yielded appreciable pay increases and increased representation. (emphases added)

The unions involved are the AFSCME and AFGE, both of which are part of the AFL-CIO universe. AFGE is the union that’s bringing Big Labor into the Transportation Security Administration. The unionization of the airport gropers is happening despite Democrat promises to never unionize that agency, at the time of said agency’s creation. It has been said before but is worth mentioning again, unionization of all government workers should be banned, and Democrat promises should always be understood to be insincere and come with expiration dates. Schriro is but one of many examples of Democrats using their government positions to assist Big Labor, which in turn puts money into Democrat party coffers. In any other setting such actions would be flagged for conflict of interest and would be considered corrupt.

But I digress. Let’s take a look at Suzanne Barr. According to the widening scandal, she has an aggressive streak.

In the newly emerging affidavits, one of the employees claimed that in October 2009, while in a discussion about Halloween plans, the individual witnessed Barr turn to a senior ICE employee and say: “You a sexy” (expletive deleted).

“She then looked at his crotch and asked, ‘How long is it anyway?’” according to the affidavit.

The account said Parmer and Barr were “drinking heavily” at the house of the deputy chief of mission for the U.S. Embassy there. It said Parmer took the BlackBerry of another employee, Peter Vincent, and sent “lewd messages” to Barr.

The affidavit went on to say: “During this party, Suzanne Barr approached me and offered to” perform oral sex.

How did Suzanne Barr get to the top of the Immigration and Customs Enforcement administration? She worked for Napolitano in Arizona. But not in any law enforcement capacity.

Basically, she did whatever Napolitano told her to do. That landed her the job that, among other things, is supposed to oversee our border security, enforce immigration law, fight terrorism, fight smuggling, and so forth. No experience necessary, apparently.

“Hey, don’t forget me in all the drinking and sex! Huma baby, where are you??” 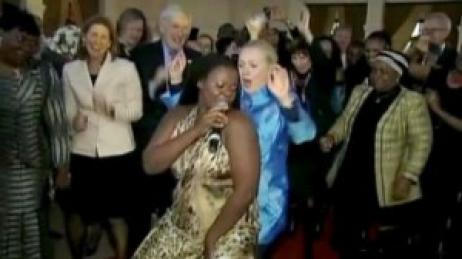 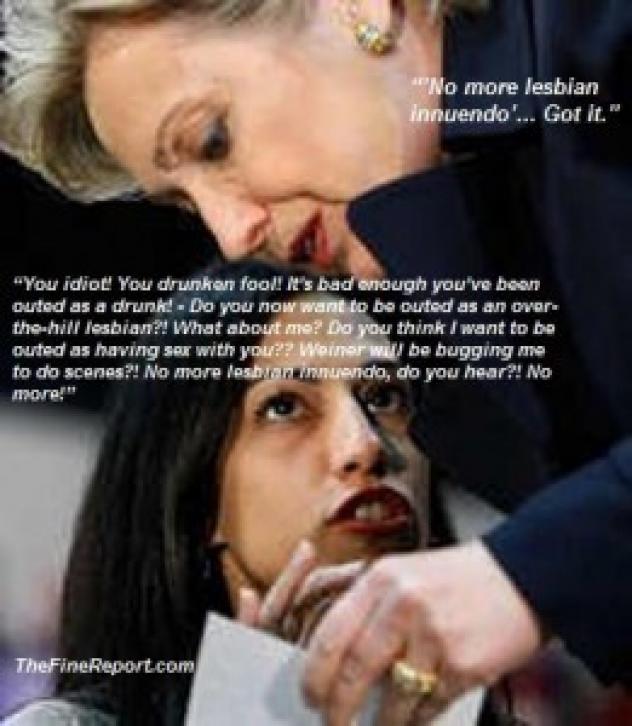